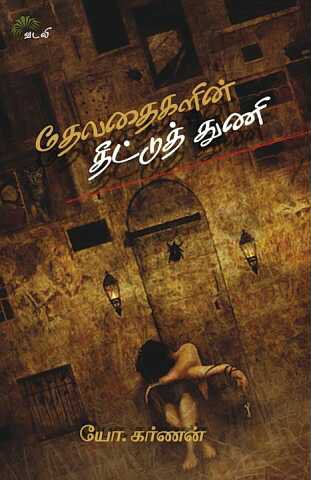 thEvathaikalin thEdduthuni is one of the few literary books that came from the writers who were the survivors of the brutal war atrocities around 2008 – 2009 in Sri Lanka. Author of this book, Karnan himself has lost one of his legs in the battle field. War has eaten away his youth, his education, career opportunities, and hope for the future.  The armed struggle and that actions that were started to gain liberation became an endless war and have destroyed some thousands of people and their lives. Now, what is in front of them is only a very challenging future. As a witness, and as a storyteller, Karnan writes about his experiences. His short stories are well crafted and very modern in its narration.